94.3 Radio one is an Indian commercial radio network, launched on 18 September 2007 across seven cities Chennai, Mumbai, Delhi, Bangalore, Ahmedabad, Kolkata and Pune. Targeting an upscale, sophisticated audience, Radio One is the ‘audience engagement leader’. The breaking record of Radio One is playing at least 1200 songs per month with an average of 13 songs an hour. Furthermore, it is the only station that does not repeat songs for the entire day. This structure increases the number of listeners and provides a national media platform for advertisers. Radio one 94.3 FM prides itself in real differentiation as it has a target audience of only educated well-profiled listeners. By Advertising on Radio One 94.3, FM advertisers can reach out to the English-speaking community and reach out to cosmopolitan, reach out to refined, retro listeners. 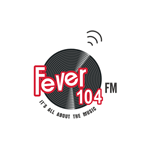 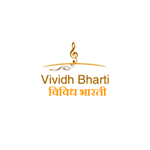 TV Ad Film Making Details Being the TV ads agency, our TV ad exposes the brand to much larger audiences. Our ad helps the client to grab attention from all other forms...
Read More