An Over-The-Top (OTT) platform is the emerging media platform in the current trend, which streams films and other TV shows using the Internet. These platforms are well-known for their Video on Demand and live-streaming services without the use of traditional cables and pay-TV services. Audio streaming, texting, and internet voice-calling services are also covered. With over 40 OTT platforms in India and fierce rivalry among them, advertisers are desperate to sell their brands to new-age audiences via OTT. OTT advertising is like streaming your ads on a video-driven platform through the internet or OTT. OTT platforms gain profit either through subscriptions (e.g. Netflix) or paid promotions (e.g. Hotstar). OTT is the advertising platform that accepts paid promotions. The drift in OTT advertising is due to the rise of dissatisfied TV viewers due to cost and dissatisfaction with cable or dish network providers. OTT offers a wide range of payment and viewership options, differentiating from traditional TV. Pay-TV companies are unable to respond quickly enough to changing user needs, thus making the success of OTT advertising. Filmyads helps you to extend your brand’s digital footprint through empowering OTT advertising.

The cost for OTT advertising is based on three categories.

The cost per thousand (CPM) pricing model is the popular cost model used in branding campaigns and performance-oriented advertising. In this model, the advertisers can pay when their ad is shown to the user.

This pricing model is a Fixed-price as it costs per day to advertise your brands. It is most suitable for Leader Board and high impact branding campaigns.

The cost per click (CPC) is the low-cost model in which an advertiser can pay based on some clicks on the ad. It is the preferred choice for performance campaigns.

Marketers may think that advertising in OTT is very expensive. However, it is one of the cost-effective choices. Television commercials are high-cost and create a huge impact on viewers. OTT ads are best for rebranding as big screens create immersive experiences.

Some of the recommendations to create OTT advertising campaigns more effective.

Streaming services and ad technologies are constantly evolving. The OTT platforms offer a wide range of advertising possibilities now and even more in future. OTT advertising occupies a great market share in the future due to the interesting and engaging OTT video content. Many organizations will prioritize embracing this new technology and maximizing its potential. Brands will purchase OTT content and advertise on it because nothing is more engaging and immersive for viewers than big-screen TVs. In case you need any help with planning, please contact director@65.1.161.121 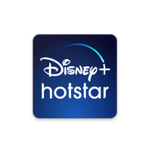 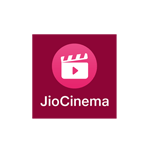 Video ads making influences the product selling among the customers

Video Ad Making Details Our hair oil video making is under video ads that give unique opportunities to the advertisers to convert different prospects than standard...
Read More

TV Ad Film Making Details Being the TV ads agency, our TV ad exposes the brand to much larger audiences. Our ad helps the client to grab attention from all other forms...
Read More